Ask
us!
Back
Back
English
Español 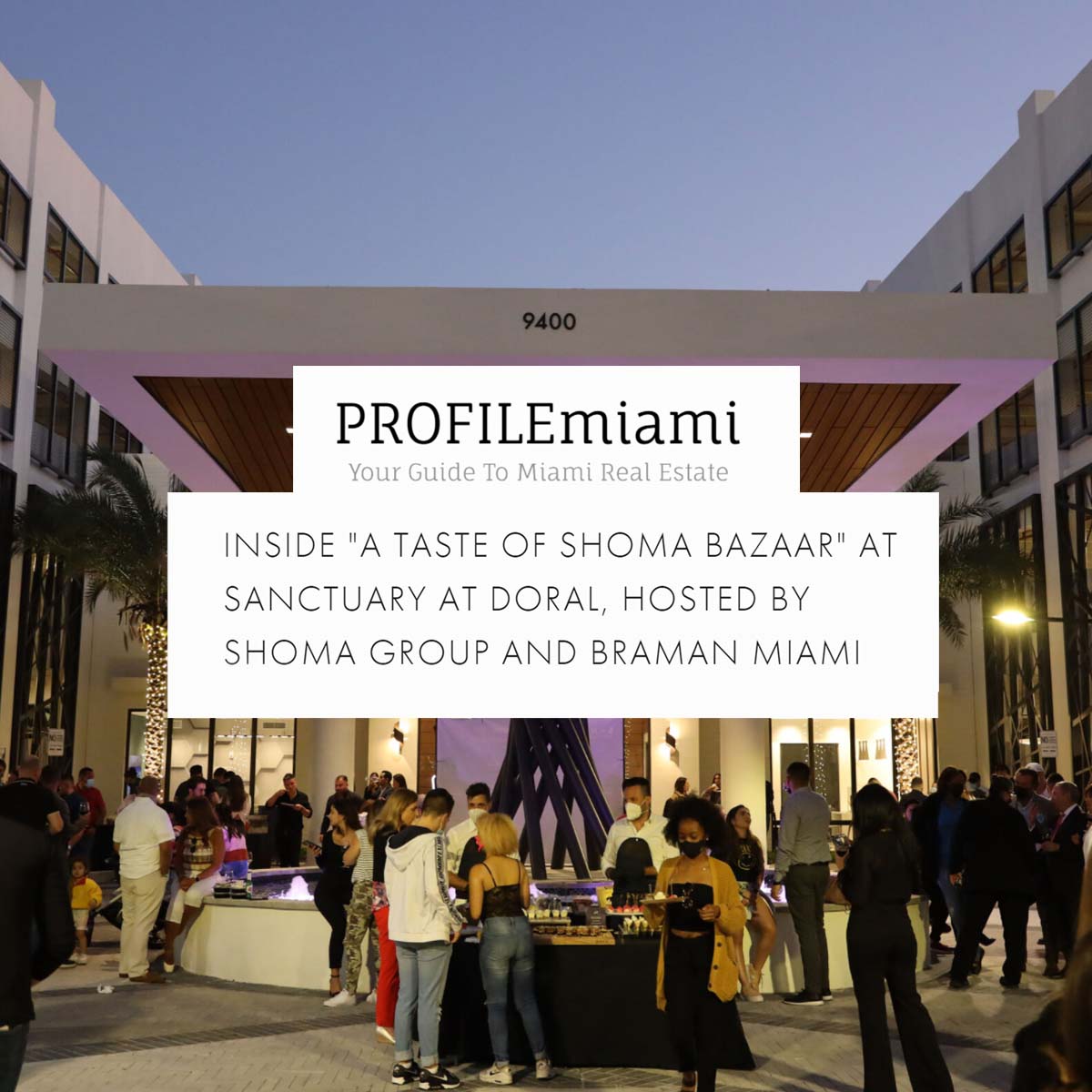 INSIDE "A TASTE OF SHOMA BAZAAR" AT SANCTUARY AT DORAL, HOSTED BY SHOMA GROUP AND BRAMAN MIAMI

In celebration of the upcoming debut of the area’s most exciting new restaurants at Shoma Bazaar food hall, Miami-based developer Shoma Group hosted an exclusive evening at Sanctuary at Doral featuring the latest in Doral dining in partnership with Braman Miami.

On-site tastemakers were treated to the first taste of what’s to come at Shoma Bazaar, a 14,000-square-foot innovative food hall that will be situated at the main entrance of Sanctuary at Doral, a newly-opened six-story luxury rental community. Developed and managed by industry veteran Masoud Shojaee, CEO of Shoma Group – who over the past 31 years has developed more than 10,000 homes and condominiums, and completed over $5 billion in real estate transactions – Shoma Bazaar at Sanctuary at Doral is the firm’s first food hall concept and represents the first of many future Shoma Bazaar food halls set to be incorporated into each of Shoma Group’s upcoming rental communities. Each Shoma Bazaar will be home to approximately a dozen unique restaurant vendors.